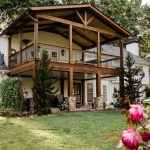 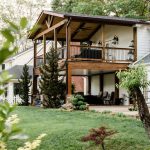 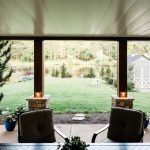 “My deck has a roof above it, so why would I need an underdeck beneath?”

This question comes up a good bit, and it’s a fair question. If the deck has a screen porch or roof on the top level, isn’t an underdeck below redundant? Actually, no.

During heavy rainstorms, wind can blow rain in past the roofline and drip through the deck boards to the area below just as though there was no roof at all. More commonly, when people wash off their top deck during the Springtime, all that water falls down below.

And of course, an underdeck just looks nicer. On a project like this one, when so much effort is spent on an incredible looking porch, why wouldn’t you want to put a finishing touch underneath so that the living space below looks as great as the one above?

If you’re tired of looking up at dusty deck joists and having rain ruin your outdoor party plans, give us a call. We’ve got you covered.